Skip to main content
Whether this will become a regular thing, I’m not sure. But starting this week I’ve been keeping notes on the things I’ve learned, problems I’ve faced and resources that I’ve read, watched or listened to.

I try to consume as much information as possible about ASP.NET and development in a continual drive to learn more and get better at what I do. This includes listening to a regular set of podcasts on my daily commute, reading any blog posts that I can find that relate to things I do or may be doing in the future, and watching videos online. My current focus is around ASP.NET Core so a bulk of the materials I am reading tend to be focused in that area.

I won’t go into explicit details in these posts, as realistically I won’t have time. But I hope to highlight key points of information I have found useful and to share links to things I’ve learned from, hopefully so that others sharing my passion can save some time. It’s also a shameless way to help me remember things as my brain will only hold information for so long!

Not an exhaustive list (as we’re always learning and that’s one of the things I love about development) but here are a few key things which came to mind after the week has ended. I’ll contain this section to small snippets of information that do not generally warrant a longer, dedicated post.

I picked up on a point that Damian Edwards mentioned on the weekly ASP.NET community standup this week around the final SDK tooling where I thought I heard him say that for RTM tooling we had to be using VS 2017 when it’s released. I must admit I hadn’t realised this or considered the implications of the move to a refined csproj (from project.json) for ASP.NET Core.

I tweeted Damian to clarify this and he was kind enough to answer my questions. The outcome, as I’ve interpreted it, is that indeed there will be no supported RTM tooling for ASP.NET Core on Visual Studio 2015. The tooling we have now which is preview tooling, will remain available, but unsupported. To get a supported ASP.NET Core tooling experience, developers will need to move to VS 2017 or use VS Code.

The nature of the all new csproj format is that it cannot/will not be implemented in VS 2015. Any projects which are opened on VS 2017 will auto migrate to the newer csproj format and after that, cannot be developed on VS 2015 any longer. It also seems that when ASP.NET Core 2.x lands, that will be csproj and VS 2017 supported only.

I was a bit shocked to learn (and perhaps I was just slow on the uptake) that the above was the case. I had assumed we might get a RTM tools for VS 2015 ASP.NET Core since people have adopted this new platform and will be left with an upgrade if they do want to continue with the full IDE and proper support. Working on an open source ASP.NET Core project as I do, this means we have to think carefully about when / if we bite the bullet and force a VS 2017 / VS Code only experience by upgrading the project.

This week I needed to ensure that javascript and css files served via our site had a proper long cache expiry to help optimise page load times. I’ve used middleware in ASP.NET Core a fair bit, but not touched the ASP.NET 4.x OWIN code much. Our project was using the Microsoft.Owin.StaticFiles.StaticFileMiddleware for serving the static files and it turned out that the change to add the Expiry header was very similar to code I’d used in ASP.NET Core for a different, but similar requirement.

In our case all I had to do was ensure that the StaticFileOptions passed into the StaticFileMiddleware included an OnPrepareResponse action to handle setting the expires header like so.

In no particular order here’s some of the blogs and posts I read this week.

Steve Gordon is a Microsoft MVP, Pluralsight author, senior developer and community lead based in Brighton. He works for Madgex developing and supporting their data products built using .NET Core technologies. Steve is passionate about community and all things .NET related, having worked with ASP.NET for over 15 years. Steve is currently developing cloud-native services, using .NET Core, ASP.NET Core and Docker. He enjoys sharing his knowledge through his blog, in videos and by presenting at user groups and conferences. Steve is excited to be a part of the .NET community and founded .NET South East, a .NET Meetup group based in Brighton. He enjoys contributing to and maintaining OSS projects, most actively helping save lives with open source software and the Humanitarian Toolbox (www.htbox.org). You can find Steve online at his blog www.stevejgordon.co.uk and on Twitter as @stevejgordon 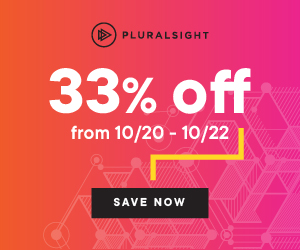